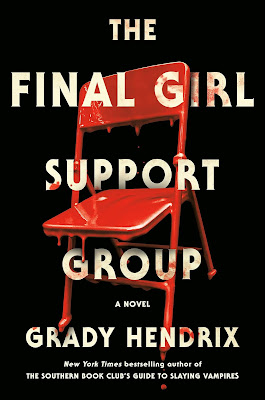 “Men don’t have to pay attention the way we do. Men die because they make mistakes.
Women? We die because we’re female.”

I read this with the Book Lovers Club on Discord.

I thought this was a pretty cool concept. Women are often victims, in the real world and in fiction, but in slashers, there is often The Final Girl. In this book we meet six women who survived massacres that we readers will recognize as Friday the 13th, Texas Chainsaw Massacre, Halloween, Scream, Nightmare On Elm Street and Silent Night, Deadly Night. But here those things happened, and THEN they got movie franchises! Years later, life is still hard for these final girls, and they have had a support group for years. But the nightmare isn't over yet..

It was a little hard for me to keep track of who was who. Not only the final girls, but other characters too. They're not very deep, this book is inspired by slasher movies after all. Lots of action, and you sit there screaming at the stupid things they do. I liked the references to classic movies and other cultural stuff though. There are also funny bits! I did find the thing with the plant really weird throughout the book. The little extras between each chapter were pretty neat.

There were some points I lost interest a bit, but I'm not that much of a fan of slasher horrors. Overall I did enjoy it, and I can definitely see myself re-reading this at some point. 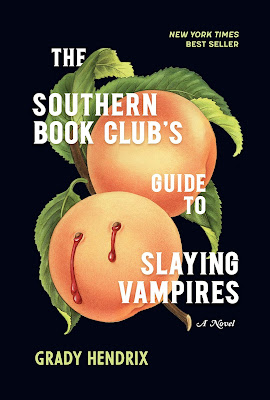